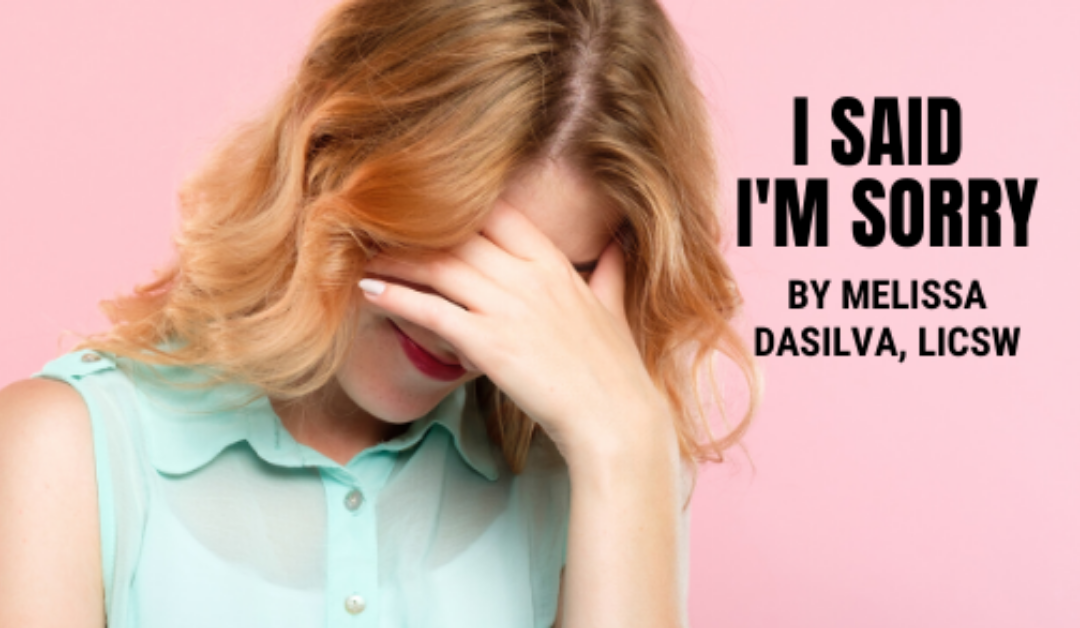 I do think that the universe can work in mysterious ways. A couple of weeks ago I had been listening to one of Tony Robbin’s 8-hour lectures. Yes, I am one of those woo-woo people. I get pumped listening to motivational speakers. One topic he had touched on was apologies. He discussed how important it was to reach out to specific individuals you may have had an argument with or had ended a relationship on bad terms. It could be with individuals that you had been friends with, worked with, or had a romantic relationship with. It didn’t matter who it was, if you needed to make amends do it.

During this lecture my stomach dropped. A situation that had occurred in my life 20 years ago reared its ugly head in my memory. This incident that occurred 20 years ago was one of those situations that spun out of control and never got any closure. Whenever the topic comes up making amends or apologizing to ones you may have hurt, this one situation comes to mind. Over 20 years I became good at shutting the memory down and packing it away in the back of my mind and continue life as usual, until the memory was triggered again.

Serendipitously, this week I ran into this person from 20 years ago. Boom, like a pile of brick the feelings of guilt and shame immediately washed over me. There had been so many times over the past 2 decades that I had thought about this mistake but never thought about how to make it right. I was so ashamed of what had happened, that I haven’t discussed it with anyone. Maybe to others what had happened wouldn’t be a big deal, but to me it was. It has been a dark shadow lurking in the background.

I know that this opportunity could be my chance. To say sorry, not for the forgiveness but to let that person know that I made a mistake and I want to take responsibility for it. And so I thought about it for some time, trying to think of all the ways this apology could be taken. I then realized this was my chance. There would be no better time than now. I ignored the burning in my stomach and swallowed the lump in the throat and said it. “Hey, I am sorry for what happened back then. It was a weird time and I was dealing with some stressful circumstances.” Then radio silence.

I hadn’t gotten a response back. Out of all the responses I could have gotten in return, no response at all wasn’t one I considered. I was so anxious. Maybe, I made an ass out of myself? Maybe, I made things worst?. Either way, this apology needed to happen, and I am glad that I got the opportunity to do it.

The next day I received a response. They had gotten caught up in something and wasn’t able to respond right away. They accepted my apology and reassured me that we all made mistakes. Water under a bridge. I can’t explain the relief I felt. I no longer had to carry this guilt and shame around with me. I don’t think they know how much their acceptance meant to me. I am grateful that they allowed me the precious opportunity to offer my apology and the gift of accepting it.

I encourage you to look at your past. Is there someone you need to call?