Arriving Queer to a Class Reunion 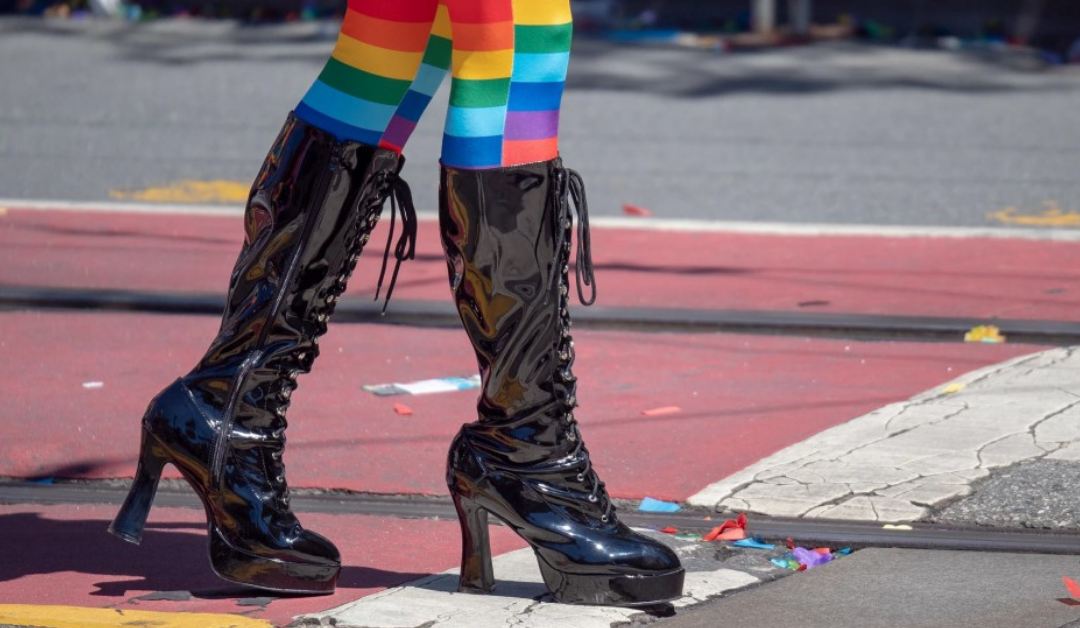 Recently, I was informed that my 20-year class reunion was coming up. I know, I know, how could I possibly be old enough to have a 20-year reunion already? Let’s say I graduated super early… Anyway, I wasn’t invited to the 10-year anniversary and was almost not aware of the upcoming 20th. I happened to find out about it from a friend on Facebook. I was not friends or even in the same social circle as the student governing body when I was in high school. I can see how I and several of my friends were looked over for simply not having those connections. Although, for such smart kids they could have just referred back to our yearbook: Boom, guest list right there. I digress.

When I thought about attending this reunion, my body had an immediate physical reaction. I began getting hot and my stomach tightened up as if I needed to prepare to fight or flee. How could just the thought of seeing people that I spent four years with, twenty years ago, bring up such a visceral reaction?

I am one of the most extroverted introverts you will ever meet. I can put on a good show, give entertaining speeches, and be a delight in public, but inside I am dying. I can’t wait for the first opportunity to escape. I am envisioning the sweet feeling of jumping into bed and sleeping for several hours. I struggle with social anxiety, so that could be one of the reasons I was having such a bad reaction to the thought of a reunion.

When I began contemplating this more, I started to realize that the fear was based around the fact that a reunion like this is a time and place where you might need to defend the choices you made in life. Has time been good for everyone? What careers do we have? Did you turn out to be a douche bag? So many questions and judgments that are happening at these events. Do you see other people as the same person they were 20 years ago? And the scariest question is, are they looking at you like the same person as you were 20 years ago? It also forces you to reflect on what could have been. If you had just made a different choice in who you sat at lunch with, who your best friend was, who you dated, how would your life be different? Do we really want to travel down that rabbit hole?

While all this reunion stuff almost brings me to tears as a cis woman, I can’t imagine what reunions could do for individuals who may not have been out during high school, or individuals that have gone through any type of gender transition. So many more questions and judgments are flung at these former students than most. Since

I didn’t have the experience of this situation, I did some research and asked some other queer-identifying people how they handled their reunions. Their responses were interesting.

“I went to the same school with the same 50 kids for 7 years but didn’t come out till college.

I brought my wife with me, introduced her as such, and when I got the reaction, ‘I never knew xyz’ I just shut them down with a ‘And now you know.’ In a tone that made it clear I wasn’t going down that convo path.

“A couple of A-Holes made jokes about how they never would’ve guessed given ‘how much I got around’ in HS and I just am very comfortable with calling people out on their privileged/bias B.S. (they were used to that… It was a rich white private school and I’m darker skinned Latina and was a poor scholarship student, so I had been doing it for class and race for a while before) and I just flat out told them to ‘cut the bullshit and grow up.’

“Then (and I know I went to an extreme but I seriously just went in with the mindset that I would *not* let the same racist, classist jerks who I excused in high school getting away with *anything*) when 1 of my former classmates just wouldn’t stop with the ‘sincere’ questions and ‘I should lighten up about them’ jokes that I filmed him, looked up the company that he worked for (it had come up in conversation before the

foolishness), and drafted an email to their HR department with the video attached and told him that if he said anything else to me or my wife that I even *thought* maybe the slightest bit insensitive, I was sending it.

“It pissed off a lot of people that thought I was doing the most. But they weren’t folks I cared to stay in contact with (and hadn’t).

“But it made me a rockstar among my old friend group!

“For others in this situation, I would just say go in with a clear vision of knowing what you’ll tolerate and not and think of how you want to respond to deescalate, shut down and/or stir things up!”

“I am 52. I attended my first class reunion 5 years ago. I was completely out. I was completely myself. I had forgotten half of the people there. By the end of the evening, because I was so unselfconscious about my life I was asked if I had been ‘this fun in high school?!’ Of course I was! Only not in public! I even had a guy I never said more than two words to in high school, come up and talk to me about his child’s transition. We

talked about being a parent and loving your child on their journey.

“Remember – You decide how people will treat you affect you. You have to determine whether someone else’s opinion of you is really any of your business. The best thing about reunions is the opportunity to remind yourself how far you’ve really come!”

“Weeks before the reunion, I had reached out to Jane, a classmate whom I had reconnected with since becoming Ellie. We’ve met several times in the last ten years and Jane’s not only accepting of me—with much gratitude, she’s also become a real champion of my human inclusivity work.

“We arranged that Jane and I and a third classmate, ‘Alex’ (whom I hadn’t seen since 1979), would meet for drinks the night before the reunion. That hour-long mini-reunion went extremely well. We created a plan to stick together during the reunion the following day. Safety in numbers. Although this was the plan, it wasn’t what actually happened. My friends were late due to car issues, and I was stranded by myself having to introduce my self to old classmates who remembered me as Ed.

“My friends eventually arrived but by then I was exhausted and still panicked by the experience and left the reunion with no plans to return to another in the future.”

As for me, after considering my reunion, I decided I didn’t want to go. My body no longer felt like a tight little ball of elastics. Once I made this decision. I realized that I had a choice, and I could choose “no.” Then I realized that the people that I want to impress and who are impressed by me are already a part of my life. I also didn’t need to start wondering “what if,” since I am perfectly happy with the way my life h

as been turning out, bumps and all.

In the end the reunion was canceled. Maybe other people came to the same conclusions as I did. We have already chosen the ones who love us and accept us for who we are today.